£2.4m to go to slavery museum in Barbados

UK’s colonial past is on display at St George’s Hall, London, on slavery at 200 The Barbados government has announced that it will spend £2.4m on a new slavery museum in the capital, Bridgetown,… 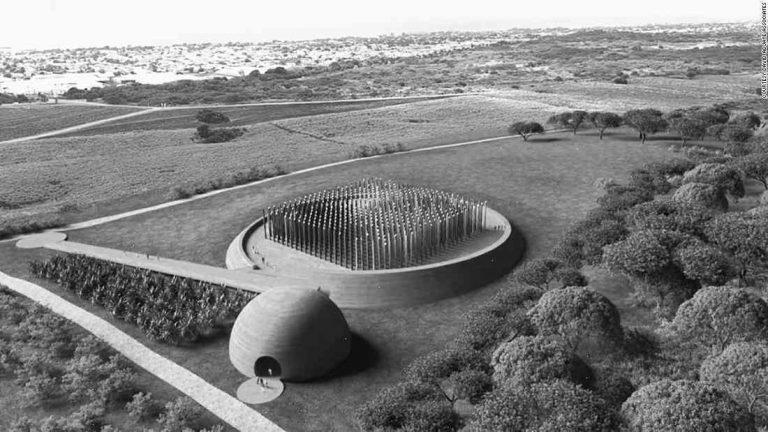 UK’s colonial past is on display at St George’s Hall, London, on slavery at 200

The Barbados government has announced that it will spend £2.4m on a new slavery museum in the capital, Bridgetown, in response to a request from the UK to contribute to the raising of £4m from overseas donors.

A UK-based British Museum director, Frances Allen, who was appointed at the beginning of the year, had contacted the Barbados government to ask for some of the existing collections from the British Museum to be moved to Bridgetown so they can be better displayed and more effectively used by future generations.

Allen wrote to the prime minister, Mia Mottley, to say that the museum was needed to “restore a sense of collective shame” about the Caribbean nation’s history of enslavement, servitude and genocide.

Mottley asked the British Museum to help find £4m from overseas donors for the new museum, which will be built on a site on the waterfront, on land that is currently leased from the private sector. The government has so far raised just over £4m for the project.

The government has committed to pay all the building costs.

In a statement to the UK news agency Press Association, Mottley said the new museum would include a gallery that would focus on the history of slavery.

An entry board at the British Museum in London. Photograph: Richard Isaac/REX/Shutterstock

She said the collection from the British Museum included material relating to slavery and is a “unique resource for us to strengthen our educational programmes, provide strong, engaging new opportunities for children and young people and to respond to the current climate of international debate surrounding slavery and its place in our recent history”.

Allen said she had agreed with Mottley that the most effective way of mobilising support for the new Barbados museum was to ask for help from the museum and art world in the UK.

The UK’s colonial past will be on display in the works of British artists at the Barbados museum when the artworks come to Bridgetown from October, the museum’s artistic director, Claudine Pieris, said.

The museum has called its project Baraa – the name means “Please stop” – for which it has been named and is expected to open by May 2020.