A migrant truck crashed in southern Mexico on Monday, killing 53 migrants and injuring 54 others, state officials said. A smugglers’ truck rammed a bus in the town of Badiraguato and caught fire, according… 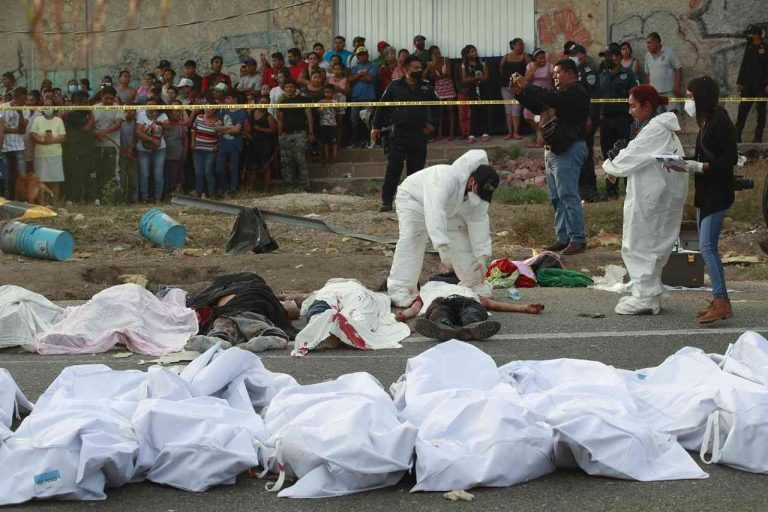 A smugglers’ truck rammed a bus in the town of Badiraguato and caught fire, according to Carlos J. Mendoza, governor of the southern state of Chiapas. The cause of the accident remains under investigation.

Mexican authorities did not give the nationalities of the migrants involved in the accident, which occurred on the highway between Mazatlan and Matamoros. The crush of people included migrants from El Salvador, Honduras, Brazil, Peru, Guatemala, Colombia, Mexico and Nicaragua, according to state authorities.

Before and after the incident, authorities could be seen inspecting the burned truck, and the road was closed to traffic.

Officials have declared a state of emergency in Matamoros, Mazatlan and Badiraguato. The bus was carrying roughly 50 people. Those injured are being treated at various hospitals in the region.

Mendoza was reported on Twitter as telling a crowd of people about the fatalities of the accident. At that point, many people in the crowd could be seen lying on the ground, apparently dead. Another person was on the ground weeping.

Shortly after the tweet, Mendoza attempted to conduct an interview at the scene. But about 10 minutes later, a man appeared to the crowd to provide the governor with his credentials, according to published reports.

The Associated Press contributed to this report.