New York officials want Trump to be forced to testify 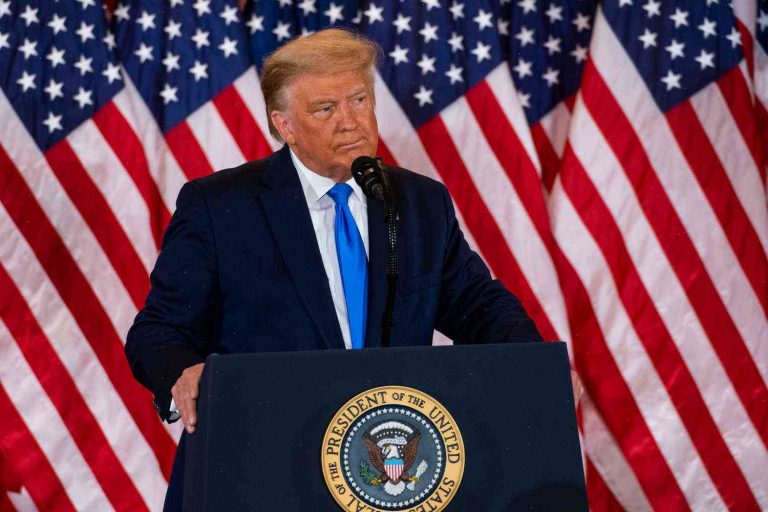 Lawyers for New York State Attorney General Eric Schneiderman want a judge to issue an order that would force President Trump to testify under oath as part of an investigation into whether the Trump Organization committed fraud.

In papers filed with the Manhattan Supreme Court, Schneiderman’s lawyers ask that the probe turn into a criminal investigation. They say Trump’s immunity as president should be removed so the case can go forward.

The attorney general’s office has begun drafting an order to that effect, court documents show.

“The request, if granted, would require Mr. Trump to testify about every transaction involving the Trump Organization at every time during his campaign for president,” the court papers state.

Under a subpoena, the president would have to answer questions for an attorney and would have to disclose his finances and those of his organization.

Donald Trump, Jr. has already told The New York Times that if forced to testify, he would not testify.

The attorney general’s office has asked the court to turn a civil probe into whether the Trump Organization engaged in fraud to a criminal investigation. Schneiderman’s office has said it had found evidence that the president’s company committed fraud and engaged in other violations.

The legal move comes as federal investigators have been probing the businessman’s business practices for over a year. In recent weeks the investigation has involved a variety of financial entities.

A spokeswoman for the Justice Department said the office had no comment on the case. Trump’s attorney Michael Cohen has said his boss has done nothing wrong.