Written by M & i Lions for CNN London, United Kingdom In the slightly surreal world of Rodney Diverlus, we’ve become so used to creatures, such as the zany cat with the umbrella who… 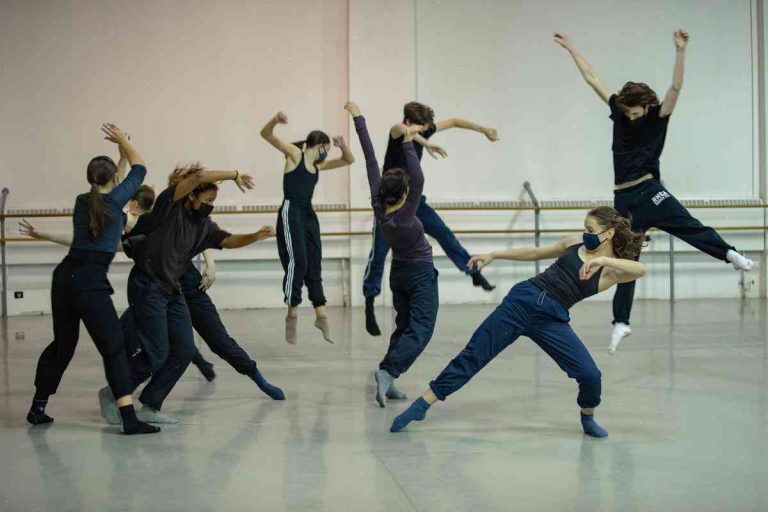 Written by M & i Lions for CNN London, United Kingdom

In the slightly surreal world of Rodney Diverlus, we’ve become so used to creatures, such as the zany cat with the umbrella who serenades us and the dancing ants, that we sometimes forget to wonder what exactly is going on. It’s a rare misstep, because when Diverlus takes you on a wild but enlightening journey, it’s all too easy to fall in love.

Diverlus is an Australian-born, Glasgow-based choreographer-dancer, who has long provided both the vibrancy and moxie to create his distinctive brand of dance theater. His stage piece “Enchanted,” which he choreographed and performed with his husband and partner of 17 years, could be described as a romantic comedy of the arts, for its scene-stealing appearances of live music from a variety of instruments and vocalists, and its witty set-up and the neverending string of portents and happenings, such as piano and accordion pawn dealers, bagpipes, kites and instruments made from the thread of a scarf.

“Enchanted” puts the spotlight on love, a universal idea that transcends various religious traditions, and on ritual, both religious and secular. It was that simple yet timeless philosophy that inspired Diverlus when, shortly after the birth of his child, he and his partner decided to do a collaborative piece — the definition of which is vague and multi-faceted.

It was an idea the artistic couple discussed extensively and, although Diverlus doesn’t say so directly, the role of ritual in a family should not be overlooked. He references some of his son’s favorite musicals in which the rituals of the family are questioned. In “Enchanted,” that ruminative theme is further enhanced by diving into family history and his own background of “troubled, dysfunctional parenting.”

The lighthearted tone that fuels Diverlus’s show is, for many of us, a useful tool for navigating more serious matters. Because, in addition to being absurd and engaging, this dance theater is an exploration of the chaos of family lives. In a modern world where as children we’re encouraged to “be yourself” (a version of which he also described in the interview), we have so much to face and the burden of searching for an identity that diverges dramatically from “who I was told I had to be.”

Sitting in a tiny, communal piece space within Bristo Square near the West End of London, Diverlus was gracious enough to accept some tickets for a favorite site, the south side of the British Museum, and invited me to explore the grand halls of more than 500 years of art. While there, I also ran into other people — fellow creatives, tourists and strangers — and I could see the sense of camaraderie, the playful curiosity, and, at the core, that desire to understand what is going on in our own lives. Even if we don’t want to learn it, some answers and additional information serve us well.

I suspect that there are times in our lives when we need to remind ourselves, of the moments when — though we may want to ignore them or wish them away — we remind ourselves to listen and enjoy the “triggers” that life gives us. In Denturnus’s case, the inspiration to perform “Enchanted” for a family was his son’s admission that “your parents do better things now.” Maybe, for an hour, we can too?

A recently launched gallery at the West End of London presents an exclusive exhibition of Rodney Diverlus’s recent work, featuring his innovative combination of audience, dancers and dancers.

How Russian officials are framing Trump’s clash with Vladimir Putin